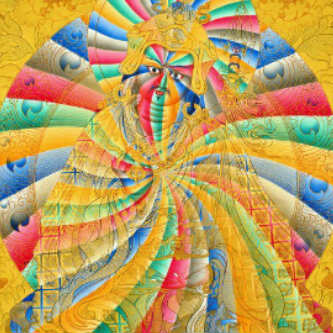 Padmasambhava – The Lotus Born Guru. Miracle Buddha, Lotus Born, Vajra Being, unborn and undying, He did the work of the Buddhas of the three times – Homage to Padma Jungne. 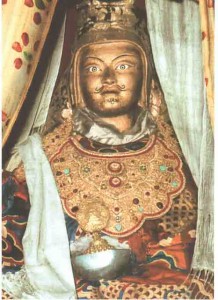 Padmasambhava is the second Buddha after Shakyamuni Buddha, He taught Tantric Buddhism around the Himalayas covers an area of India, Tibet, Nepal and Bhutan.

Although Padmasambhava was the first Master who taught Tantric Buddhism from human to human, but He teaches the Dharma not only to humans, but to all beings. 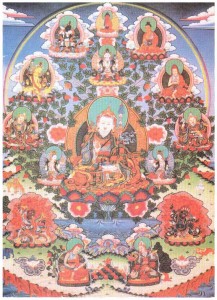 During the process of giving Tantrayana Teachings, Padmasambhava crowned with eight titles and He has eight manifestation.

The Eight Manifestation of Guru Rinpoche (Padmasambhava) are :

The statue of eight manifestations of guru rinpoche.