The Protection Tree and Lineage of Padmasambhava 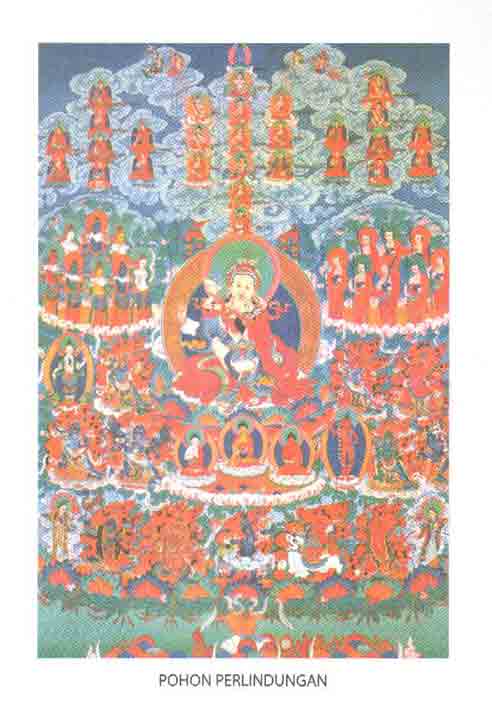 The Prayer of Vajradhatu Mandala

On the Tenth Day in the Month of Monkey  and the Year of Monkey, in the middle of  Samye Monastery which was decoratived by turquoise stones. GURU PADMASAMBHAVA revealed the secret of Vajradhatu Mandala and uttered this aspiration prayer, twenty-five main disciples. the King and His followers unite this prayer into their meditation practice, you the next generation  use this prayer also in the part of your worship if possible do this prayer six times a day.

The incarnation of prince MURUB TSENPO : the great Terton CHOGYUR DECHEN LINGPA took out this prayer in the presence of many people who were gathered around the peak of TRAK RI RINCHEN TSEKPA. The right side of the shrine SENGCHEN NAMTRAK.

This prayer was written in Tibetan letters by YESHE TSOGYAL on the silk robe of VAIROCHANA,  after discovery  this prayer is enhanced by PEMA GARWANG LODRO THAYE.

Beg The Buddha for not entering Nirvana but turning the wheel of Dharma and teaching Tripitaka, present our good deeds to all sentient beings for reach the level of great liberation.

Hopefully we can do well, inherited and practiced such as the noble Samantabhadra and the grand Manjusri, hopefully Lama, Yidam, Dakini and Dharmapala always protect Dharma / The Teachings of Lord Buddha, and protect all creatures who practice Dharma.

And hopefully we, the disciples of Buddha, keep our Samaya and do not violate our sacred promise, may all beings be able to enter Vajrayana / the vehicle without rival, and achieve enlightenment. 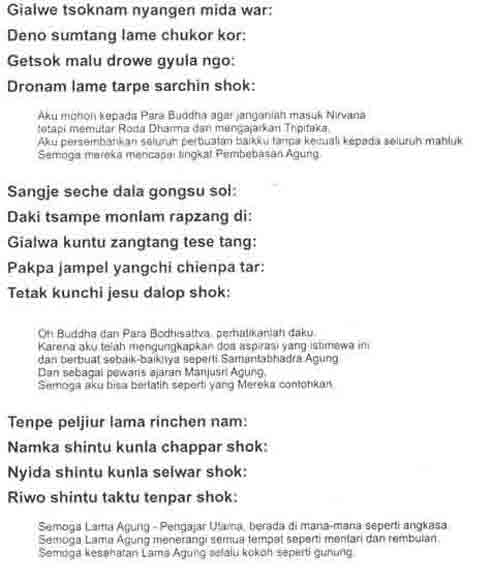 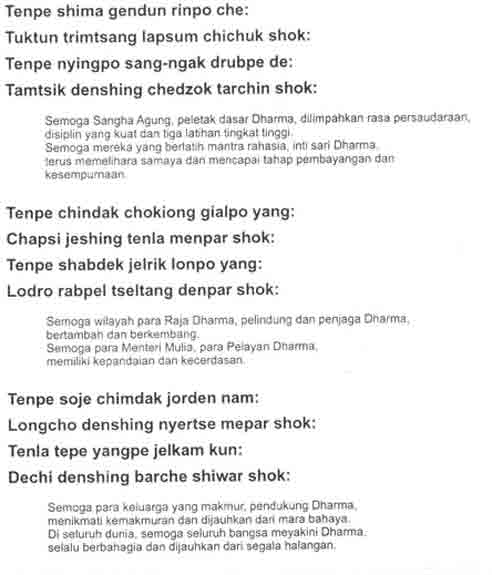 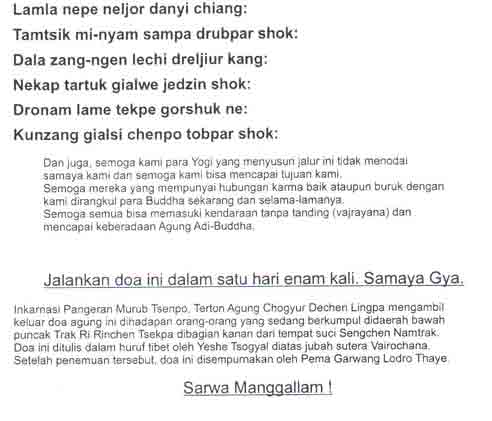